Donna Herrick is not the kind of person to act on impulse. 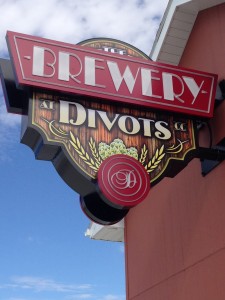 The staff at Divots and Norfolk Lodge & Suites would be among the first to tell you that when the woman behind the area’s most diverse hospitality enterprise gets an idea for a way to improve her business, it’s only the beginning of a (sometime) long process. But once a decision is made, Herrick doesn’t look back.

Her latest endeavor — The Brewery at Divots — is no exception.

The seed of the idea was planted almost three years ago, when she was interviewing Bill Wilkinson for the open executive chef position at the facility. At the time, Wilkinson — who was living in Fort Collins, Colorado — mentioned he dabbled in brewing craft beers and thought Divots would make a great place to open a microbrewery.

“She didn’t forget about that,” said Wilkinson, who was hired for the position and now also serves as brewmaster at the business.

Instead, Herrick mulled the idea in her head for awhile before deciding to proceed with the plan in October 2013. A year later, the microbrewery was producing its first batches of craft beer.

“It happened like most things Donna does,” Wilkinson said. “She jumps in with both feet, and we all learn how to swim at the same time.”

The addition of the microbrewery included the construction of a 15-foot by 15-foot room to house the new brewing equipment. The project allowed Wilkinson to produce a variety of beers using a half-barrel system.

The endeavor has been wildly popular. So popular, in fact, the microbrewery’s expansion to a seven-barrel system will be complete this spring. The move will allow the microbrewery to work with a distributor to make the creations available at establishments other than Divots. 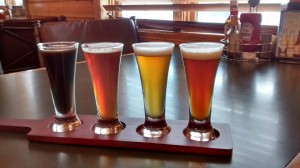 “We’ll be producing a lot more beer than we have been in the past,” Wilkinson said.

The larger system includes the addition of a walk-in, an extended bar and a large window through which visitors to The Sandbar can see the tanks. New arrangements for seating and dining will be implemented, as well.

Neither Wilkinson nor Herrick were surprised at how well-received The Brewery at Divots has been.

“The craft beer movement in the United States is gigantic right now,” Wilkinson said. “They’re outside the norm for what people know as the taste of beer. …People like something different than just the normal, everyday beers.”

Herrick said she also realizes residents and visitors of Northeast Nebraska are always looking for something new and fun. The creation of the brewery was one more amenity to draw groups of people to her business, as well as to the area.

That’s the reason she moved forward with the construction of a more inviting outdoor space for gatherings, too. The enhanced patio area — which features two outdoor wood-burning fire pits and a large tent-covered area with a propane fire pit — was constructed in conjunction with the initial phase of the microbrewery. 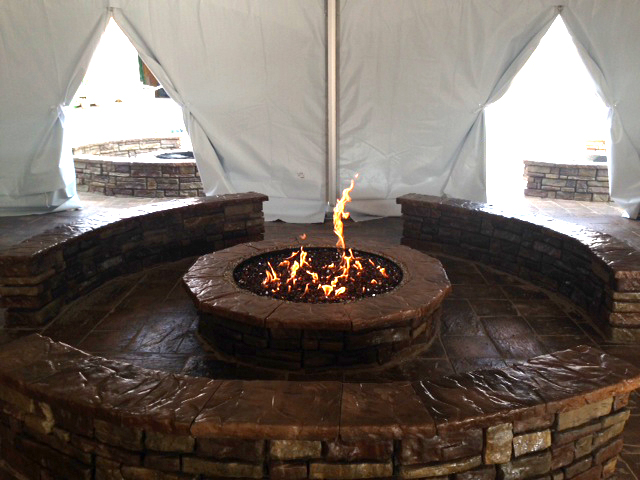 “The patio has been a lot of fun,” Herrick said. “We opened it up rather late in the year (last year), but we’ve already used it.”

The tent and propane fire pit make the place inviting for visitors who want to be outside in the cooler temperatures. The area has been used for group gatherings, a marshmallow roast and a Christmas party. It also has served as a good place to view the ice skaters who venture out to Divots to try their skill on blades. Wilkinson said he intends to host a crayfish boil on the patio and to brew a batch of beer using the fire pits.

“It’s a German-style beer that utilizes hot rocks to help caramelize the sugars,” Wilkinson said. “We’ve got the flexibility to do a lot of different things out there with this patio.”

“People really love sitting around a fire,” Herrick added. “There’s a lot of room. You can gather about 15 people around the fire pit.”

Herrick said she has a few more ideas on tap for Divots in the future, many of which involve the promotion of agri-tourism. But, like all endeavors she’s undertaken in the past, they each require the appropriate amount of thought and planning before she will proceed.

Regardless of what projects she decides to take on, Wilkinson said he’s confident many will reap the benefit of Herrick’s endeavors.

“She goes so far above and beyond. It’s like a model — when you see television shows about restaurants and hotels — she’s the model that other places should base their service on and their ownership on,” Wilkinson said. “I’ve been doing this my entire adult life and some of my teen years, and I’ve never encountered an owner who cares about the customers, the people that work for it, and the property itself like she does.” 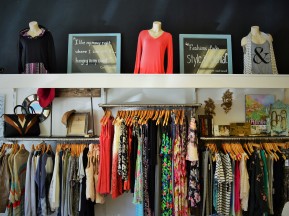 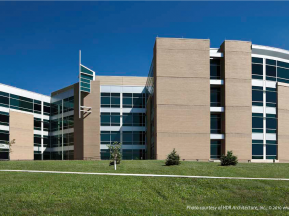 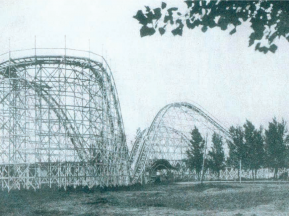