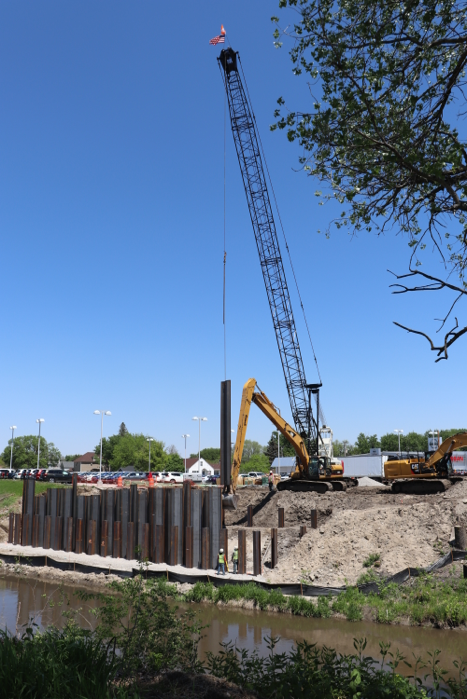 The rain that we got last week didn’t disturb the progress of the East Norfolk Avenue bridge project.

In fact, the contractor, Dixon Construction, and engineer, Olsson Associates, are on schedule with the project estimated to be completed in the fall.

Much progress has been made since the bridge project commenced in mid-February. To begin, work on the water main has been mostly completed and is in service. This is a big step as the existing main would have been in conflict with the new bridge. The water main is needed to provide water to the east side of town.

Another notable, and noticeable, accomplishment is the “pile” that has been driven on the east side of the river. In this case, the pile is the foundation for the East Norfolk Avenue bridge. According to City Engineer, John Heine, the pile uses friction from the adjacent soil to support the entire bridge structure.

“The pile used for the project are 12 – 14 inch steel beams driven vertically into the soil 45 – 75 feet deep. They are driven into the ground by a diesel powered hammer that is hung by a crane. When the pile is finished, a concrete abutment will be poured on each end of the bridge and concrete girders will be placed to span from one abutment to the other. The abutments and girders are the structure that the bridge deck (driving surface) is placed on and will be finished with an aesthetic treatment that will give the bridge a nice architectural look when complete,” Heine said.

The total cost of this project is about $5.7 million which includes a new trail under the bridge, a new waterline crossing the river and a new roadway section from First Street to Cottonwood Street. The new roadway section will have five lanes with updated landscaping, decorative lighting, and roadway lighting to tie in with the downtown business district. The two lane bridge being replaced was originally built in 1933.

Throughout the project there will be complete access to all the businesses along Norfolk Avenue. “After much discussion with stakeholders, Norfolk City council members said to shut the bridge down and get it replaced in the least amount of time as possible. Remember to patronize all of our businesses on East Norfolk Avenue during this time,” said City of Norfolk Administrator, Shane Weidner.

It is also important to remember that the marked detours for the project are Benjamin Avenue or Omaha Avenue. These detours need to be utilized in order to contain the large flow of traffic to the appropriate areas. 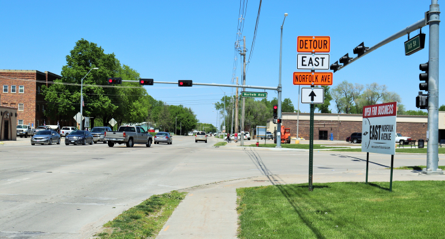 To get updates, learn more, about the Norfolk Avenue bridge project, or see an updated list of East Norfolk Avenue businesses, you can visit the website at: http://www.ci.norfolk.ne.us/engineering/Norfolkaveproject.htm. If there are any questions or concerns, you may contact John Heine, City Engineer, at (402) 844-2020. 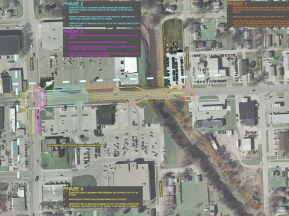 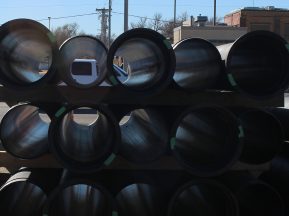 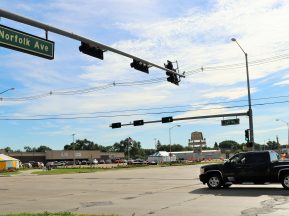 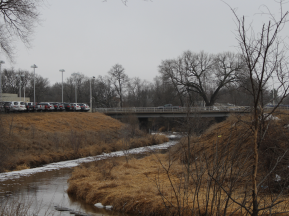