Soccer, a Popular Passion in Norfolk 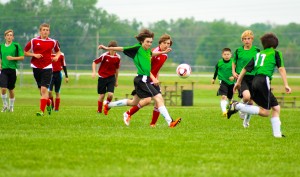 If soccer is your passion, you don’t have to look hard to find recreational and competitive opportunities in Norfolk. From leagues, clubs and camps, Norfolk has a surprising amount of competition, coaching and facilities for youth and adults alike.

Looking for a place to start your little one? Check the Norfolk YMCA for opportunities such as the Itty Bitty Soccer program for youth as young as three. Their program is designed to teach youth soccer skills, sportsmanship and to build team spirit.

In Norfolk, the American Youth Soccer Organization or AYSO as it is commonly known, offers recreational and competitive soccer teams and programs for youth as young as four. When it comes to youth, their philosophy is to let all players have fun while learning the fundamentals of soccer. No experience required!

As a player grows, they offer programs to help youth continue to develop their soccer skills. From age 4 on up to 18, AYSO has opportunities for play and teams at every level. The YMCA offers spring and fall soccer leagues, 3 on 3 soccer for 5th and 6th graders, and even special British soccer camps for ages 3 to 16. The camps teach key areas of technical development that have the biggest impact on performance in the game and are appropriate for many levels of athletes.

Since 1986, the Norfolk Express Soccer Club has continued to build on a solid foundation of soccer programs that open the door for youth to play competitively against many different teams and at a variety of locations.

Most Norfolk Express teams form in early spring and play in weekend tournaments from mid-May through the end of June.

“The club continues to grow each year and last year we had a record 27 teams and 368 players,” says club president, Melanie Smith of Norfolk.

Many teams and tournaments benefit from the beautiful Norfolk Air Park Express Soccer Complex located three miles south of Norfolk. The impressive competitive soccer facility is a common destination for games, scrimmages and tournaments including the annual Norfolk Express Soccer Tournament. This high-profile event held every June brings over 80 different teams from across the region. This year’s tournament will be held on June 26 – 28.

“The Norfolk Express Soccer Club had been looking to develop a soccer facility for many years and with the generous donation of land from Paul and LaNeta Abler, we were able to realize that dream. Many businesses and individuals donated generously, especially Pepsi-Cola of Norfolk and Northeast Nebraska Orthopaedics/Dr. Stephen Smith, and field sponsors, Affiliated Foods, Appeara, Norfolk Daily News, Elkhorn Valley Bank, HyVee, Kiwanis, Norfolk Iron & Metal, Norfolk Soccer Cub, and Nucor. We can never thank them, and everyone who donated, enough for stepping up and helping us develop a first-rate facility,” says Smith.

Soccer play in Norfolk is certainly not limited to youth and teens. Adults have the option to get involved not just as spectators but as players. The Nebraska Champions League founder began his mission in Norfolk and continues to help the league build its reputation for competitive play.

The league is made up of a network of volunteers throughout the state that have come together to increase collaboration between leagues, and improve the sport of soccer for adults in Nebraska. The league holds a tournament at the end of every season for the champions of each league to award one team champion.

But don’t worry, if are not up to direct play, the opportunity to coach or volunteer is what helps make it all possible. A soccer volunteer or coach is a must in every program and at every level. Volunteers assist and serve as a mentor of good faith in developing players who come to love the game.

Leading by good example, teaching with principle and building many with good character—sharing gifts that grow and inspire players well into the future. For many in Norfolk, soccer is often not just a game, but a passion! 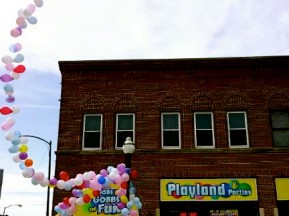 Gobs and Gobbs of Grins and Giggles 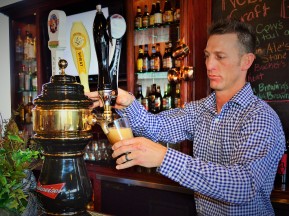